Shot near Frankie’s house in November.

Pictures shot at my house in New Jersey by Alan with his new camera, Minox. A little snow storm fell 8 inches on the next day of Alan’s arrival, January 20, 2001.

I held a birthday party at a chinese restaurant in Brooklyn, NY on May 2000. We had a private room for dinner and Karaoke. We were all having fun and the party last to 3am in the morning. Kevin brought his digital camera to the party and took those pictures.

The photos were taken on my last vacation trip on Fall 1998 (as of July 2000), when I had been several places in few weeks. I travelled to Florida, Vermont and Vancouver. Those pictures were taken by me with my Advantix panoramic camera and some of them were touched digitally. 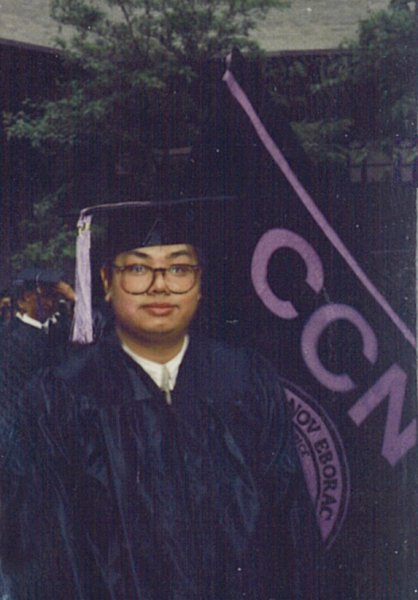 Most B&W (Black and White) photos were taken during my photography class around 1990. Some of them were selected to the department annual photo exhibit. Few of them were taken in 1994. After that, I rarely take and develop any B&W photo.

3 color photos were edited digitally by me around 1998:

This site is licensed under a Creative Commons Attribution 4.0 International License.